The Cinamaker Handoff app is a powerful utility to automate the transfer of your source media files to your Mac for easy editing in traditional desktop video editing software, including Apple Final Cut Pro X and Adobe Premiere..

Immediately after stopping the a recording or live stream, the Cinamaker Handoff  icon should appear in the left side of the dock panel on your Mac:

Click the Cinamaker Handoff icon and the import window will appear: 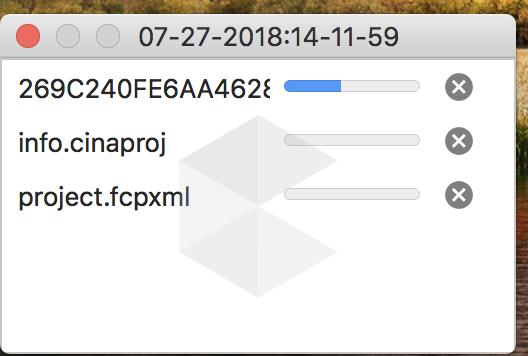 Wait until all files are imported. 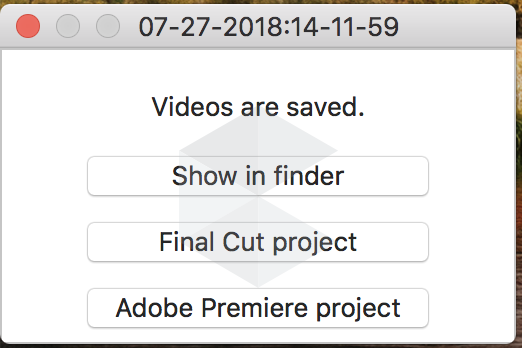 Once completed you can import your project files directly into Final Cut Pro X, Adobe Premiere Pro CS, and many others with your media and timeline already built from your edit decisions inside of Cinamaker

D
Dan is the author of this solution article.