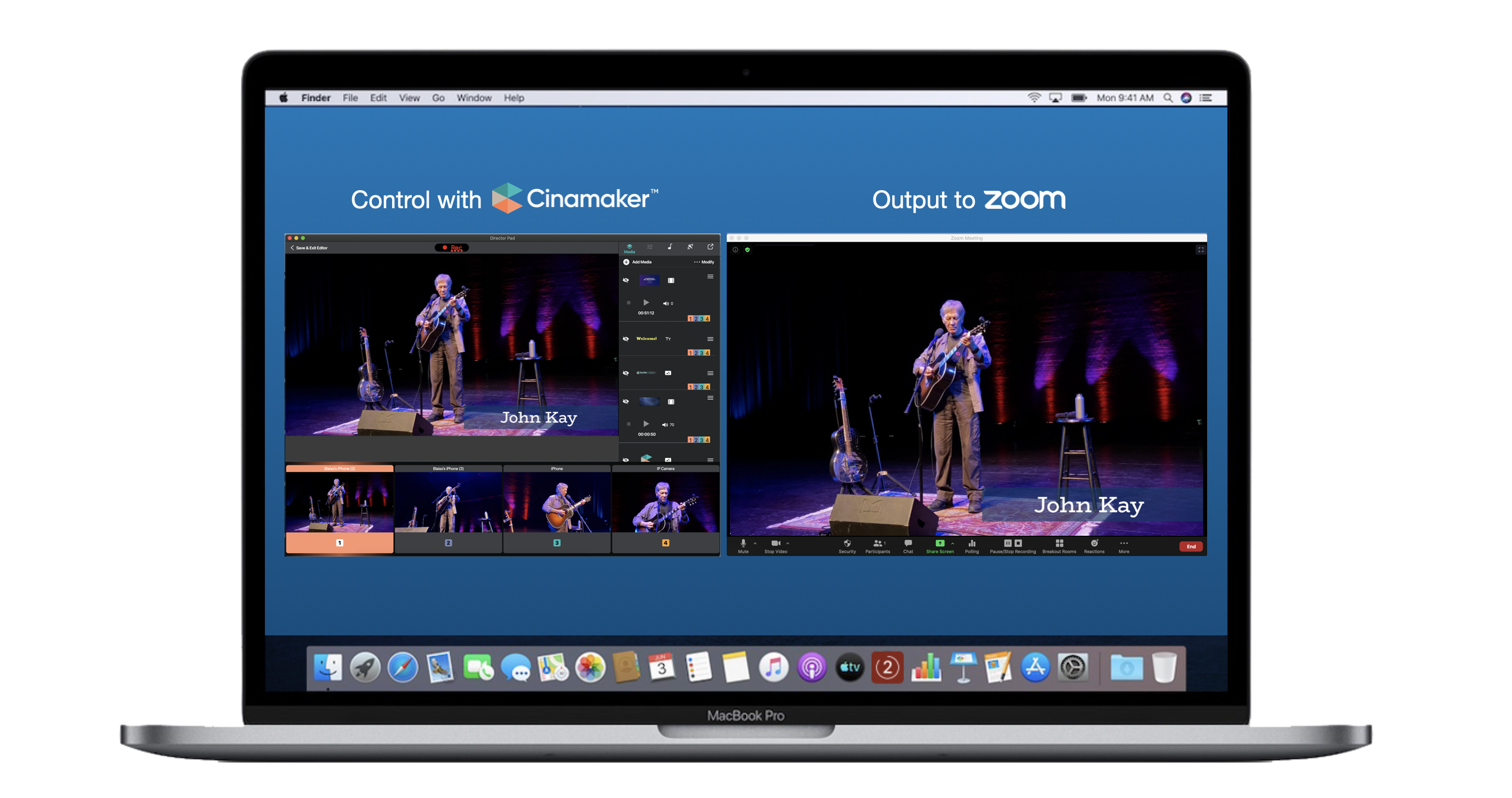 To be able to send Cinamaker audio/video output to Zoom and other video conference platforms, you must first activate this feature from Cinamaker Settings by switching "Send AV Program Out to Cinamaker Virtual Webcam Driver" to the ON position. Once in the ON position, you will not need to activate it again. 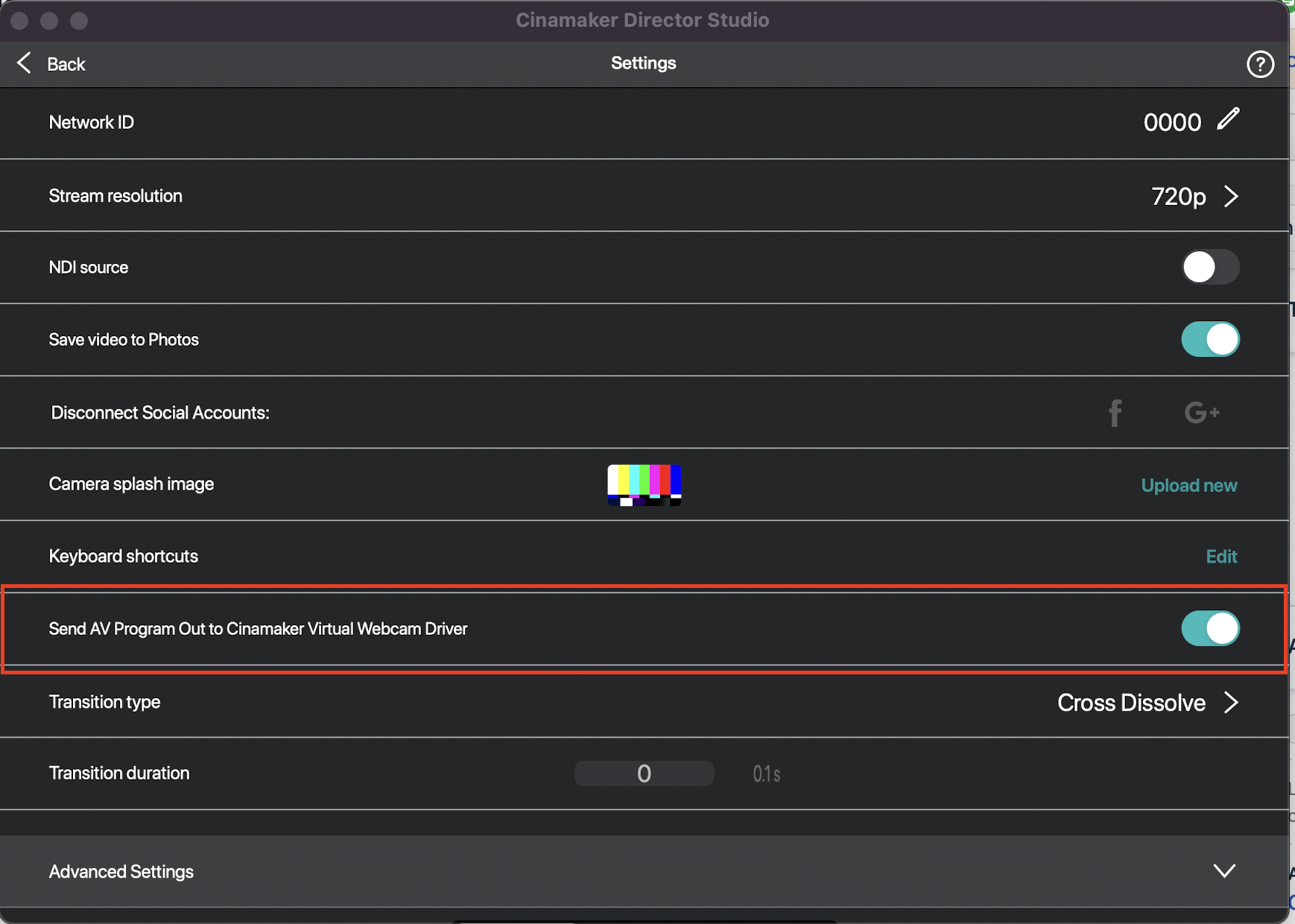 Sending the Cinamaker Virtual Webcam Driver Output to Zoom (and others)

In order for your Cinamaker Video and Audio output to appear in perfect sync in each of your Zoom sessions, as well as other video conference platforms, be sure to follow these steps;

1. From the Zoom interface, select "Cinamaker Virtual Web Camera" as your Video Source. You must then turn the Camera ON. 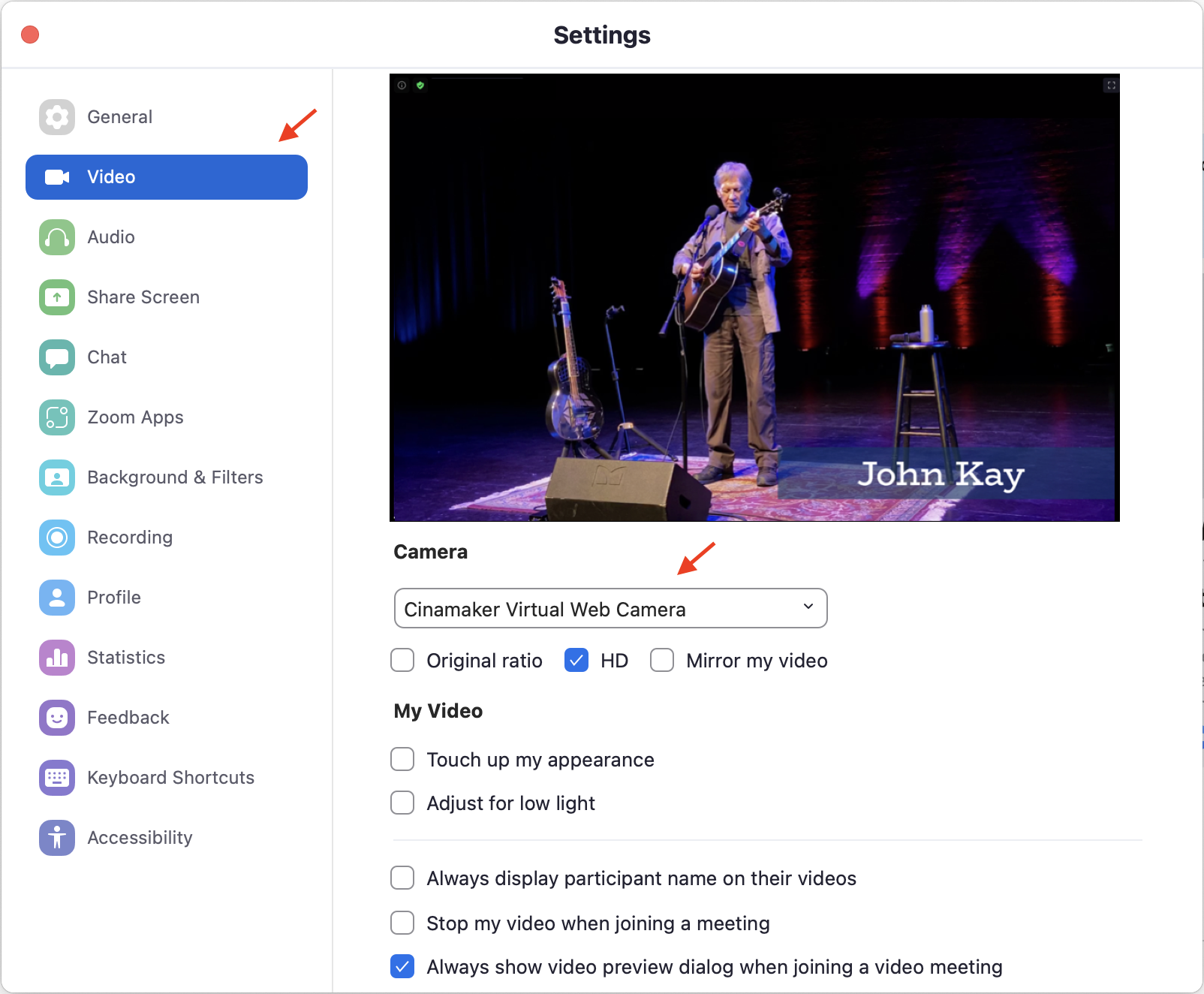 2. From the Zoom interface, select "Cinamaker Audio Device" as your Audio Source. You must then turn the Audio ON. 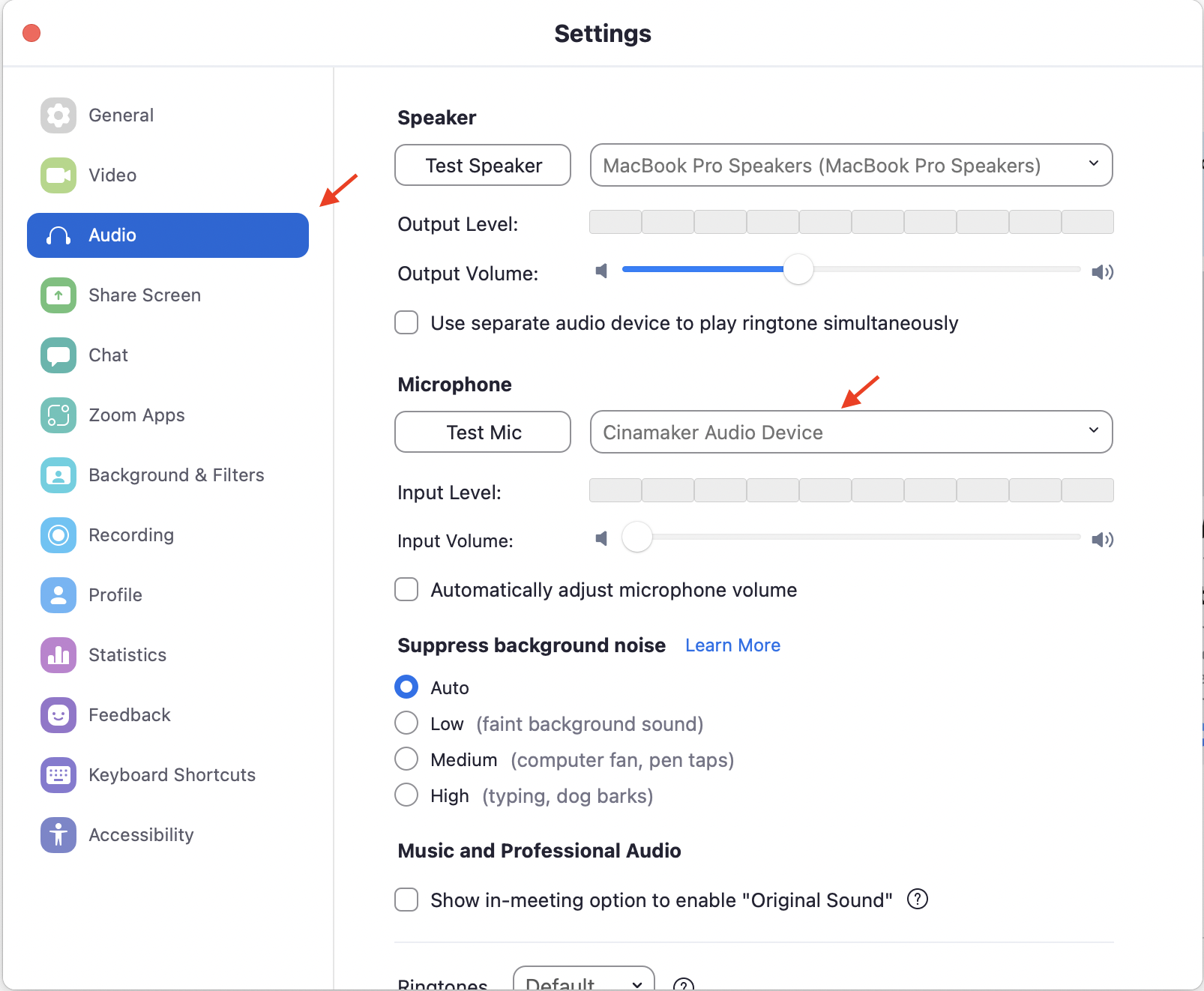 Echo Cancellation for Mac (beta) allows you to use Cinamaker without requiring you to wear a headset while outputting to Zoom and various online meeting and webinar platforms. Learn more about Echo Cancellation - Mac Only (beta).

G
Gary is the author of this solution article.